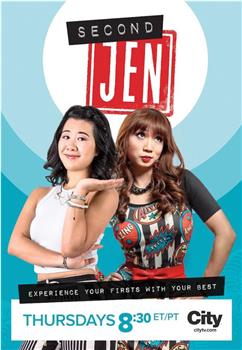 Second Jen is a Canadian television sitcom that premiered on **** on October 27, 2016. The series is produced by Don Ferguson Productions, and stars Amanda Joy and Samantha Wan as Mo and Jen, two young Asian Canadian women experiencing the ups and downs of being independent after moving out of their parents' homes for the first time. Joy and Wan are also co-creators and writers...