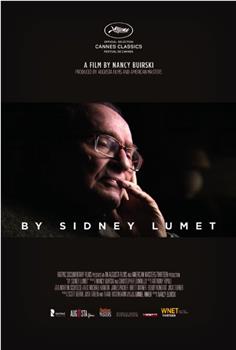 In BY SIDNEY LUMET, film legend Sidney Lumet (1924-2011) tells his own story in a never-before-seen interview shot in 2008 produced by the late filmmaker Daniel Anker. With candor, humor and grace, Lumet reveals what matters to him as an artist and as a human being. The documentary film features clips from Lumet's films - 44 films made in 50 years - including 12 ANGRY MEN (1957...