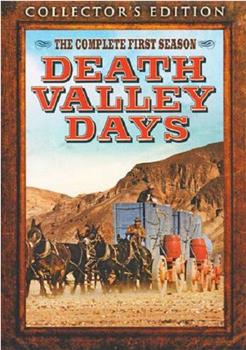 Western stories and legends based, and filmed, in and around Death Valley, CA. One of the longest-running Western series, originating on radio in the 1930s. One of the hosts, actor Ronald Reagan, left his role to become Governor (then President). The continuing sponsor was "20 Mule Team" Borax, a product mined in Death Valley.