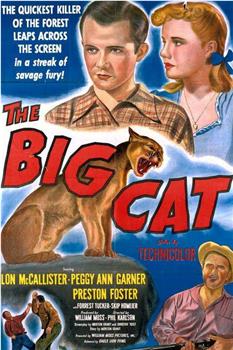 Drought during the 1930s forces a large cougar to come down from the high country in Utah to prey on farmers' cattle. This has prompted many farmers to pursue and kill the cat, but so far all have failed.  Danny Turner (Lon McCallister) arrives in the area to move into his mother's birthplace now owned by his stepfather *** Eggars (Preston Foster). *** is constantly threatened b...