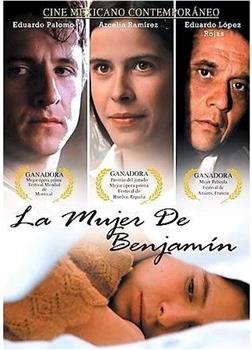 Ten years after the film came to life in the midst of local critical praise(and in that &#39;obscure&#39; age of mexican cinema that could be called the fake renaissance without ****** an overstatement) í´ve been able to watch this film and was proud and joyous to verify that it is indeed well crafted and satisfying. Carrera proves to be a skillful director whose talent resides in giving just enough visual information, not going over the top(something hard to find these days where everyone wants to be a star a la M.Night Shyalaman). Mexican cinematographers are highly regarded and the careful lighting in this film is every bit as worthy of praise. Xavier Perez Grobet paints the landscapes, the sunlit windows, the depressive peeled off green paint on the walls, the gloomy claustrophobic rooms with delicacy and that helps the film carry on like a well written novel. The main plot is not too original but some quirky deviations make it **** notorious and believable. The actors are never trying to stand out between the rest but as a good ensemble they respect the complex energy that they all contribute in creating and which gives life to the dull town. This is an intelligent film which never lets you down as a spectator and whose intensity never resides on &quot;shock value&quot; which could have been the easy way out(even the logical way out for another director).